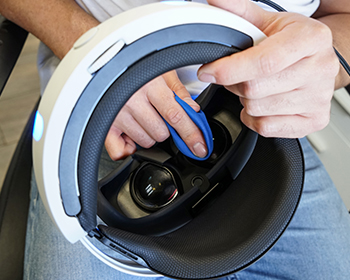 For many people, gaming devices have become a major part of their lives. In fact, they’re more than just a leisure activity for most serious gamers. Many gamers tend to use Gaming Consoles as frequently, if not more so than they do their phones, tablets, or laptops! Having a damaged or broken Gaming Console can also affect your ability to simply enjoy your free time with your gaming devices. Thankfully, our experts here at T.I.N.Y are here to help. We can handle almost any type of Gaming Console repair including:

There are a number of things that can happen to a Gaming Console or Device that many people never see coming. This includes everything from electrical issues due to a power surge, water damage, overheating, and more. Here at T.I.N.Y, we provide our customers with the highest quality repair options for just about any type of Gaming Device you can think of. Whether you’re in need of a quality Gaming Device, Smartphone, Tablet, or Computer repair, T.I.N.Y’s specialists will help get your device up and running again.

The following statistical data was gathered from NearSay, these are the most common types of repairs for the following gaming devices/brands:

A gaming device is only good for you when it’s in proper working condition. Don’t just let that device sit around and gather dust. Our experts here at T.I.N.Y are highly qualified and experienced in providing the best repairs for just about any type of gaming device you can think of. We can repair everything from inputs/outputs, cables, internal mechanics, power buttons, and more. If you’re tired of not being able to play that latest video game, or simply getting annoyed over constant freezing or rebooting anytime you play a game, give us a call today!

Are You In Need Of A Gaming Console Repair? We’ve Got You Covered!

Regardless of what type of Gaming Console repair you’re in need of, our qualified technicians here at T.I.N.Y have years of experience dealing with all or most types of devices and repairs. We treat every customer’s gaming device as if it were our own and we take a great deal of pride in providing quality work. Not only does T.I.N.Y promise you’ll be satisfied with our work, but we also stand by that work 100%. We aren’t satisfied until our customers are completely satisfied.

We stand by our quality work 100%, and we aren’t happy until YOU are completely satisfied. Our expert technicians here at T.I.N.Y have years of experience dealing with all or most types of devices and repairs. All of our technicians treat every customer’s device as if it were their own, and they take a great deal of pride in their work. Just forget about the rest, and trust the best!

ARE YOU IN NEED OF A QUALITY REPAIR SERVICE, BUT YOU’RE NOT SURE WHERE TO GO? GIVE THE REPAIR EXPERTS HERE AT T.I.N.Y A CALL TODAY!